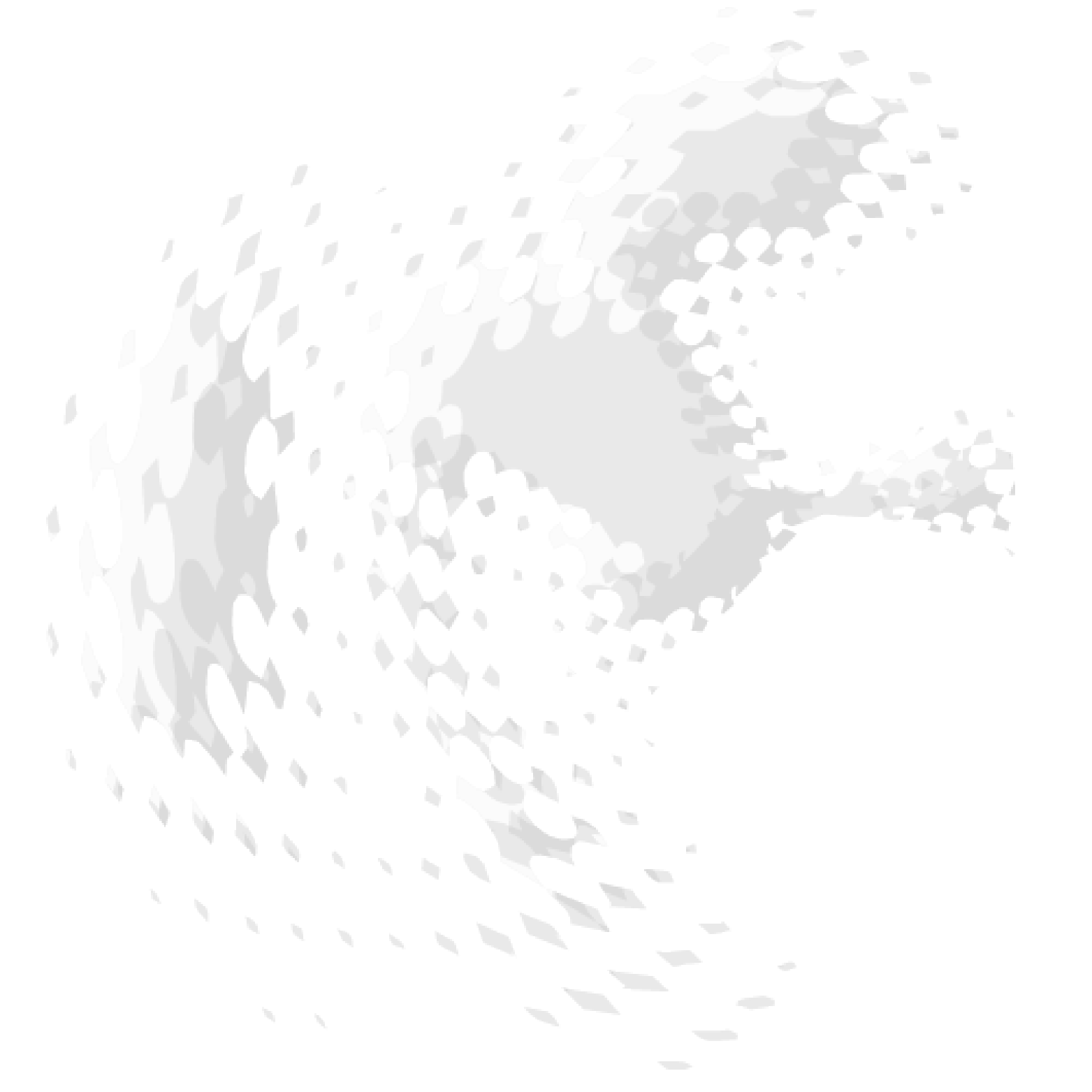 SESSION
1
OPERATIONS
Cocktails
10:00 AM - 10:30 AM
Kick Off Cocktail Reception
Sponsored by: currently under discussion
Fleet Compliance and Innovation Association (FCIA) is glad to introduce the annual fleet forum - FCI Summit 2017 organized by FCIA and our great partner - Business Summit of Future (BSF) to kick-off the work of the newly established expert groups on compliance and innovation development in the corporate fleet industry. On this occasion, experts will know each other and will a first brainstorming session on the key topics to be dealt with in the coming years the great innovations and new scills.
Executive Roundtable: Operating Leases Upended
09:30 PM - 10:00 PM
Registration
09:30 AM - 10:00 AM
Welcome and introduction
Operating Leases may be entering its third decade, but the debates surrounding distribution and disruption continue unabated. Is operating really best? What factors have a significant impact on the choice of operating lease scheme?
This networking cocktail gathers international community before the opening of the biggest fleet event of the year in Moscow. Don't miss the chance to meet and greet fleet experts.
We'd like to know whether the operating lease is benefiting, as the way providers are reporting. Is this a good bet? Could operating lease facilitate budget execution, monitoring and proper budget discipline? However, it is clear today that it's gaining rapid popularity, as it allows companies to upgrade core funds quickly. Althow you are a company paying high leasing payments, you shouldn't be spend on maintenance and replacement. The round table will cover all aspects of operating leasing in terms of structure and workflow.
Spotlights:

What are the realities, problems and forecasts of the operating lease market development in 2018?

What products does the Russian operating lease market offer in today's business environment?

What should be paid attention to analyzing operating lease commercial offers?

What are the pitfalls hides under operating lease cars?

On which they are silent during the discussion of the operating lease agreement's termination conditions?

How changes to finance frameworks could have an impact on the costs of operating lease. nuances of workflow.
Spotlights:
Optimization of the total cost of ownership and flexible asset management.

A mandatory requirement for the solicitation documents. 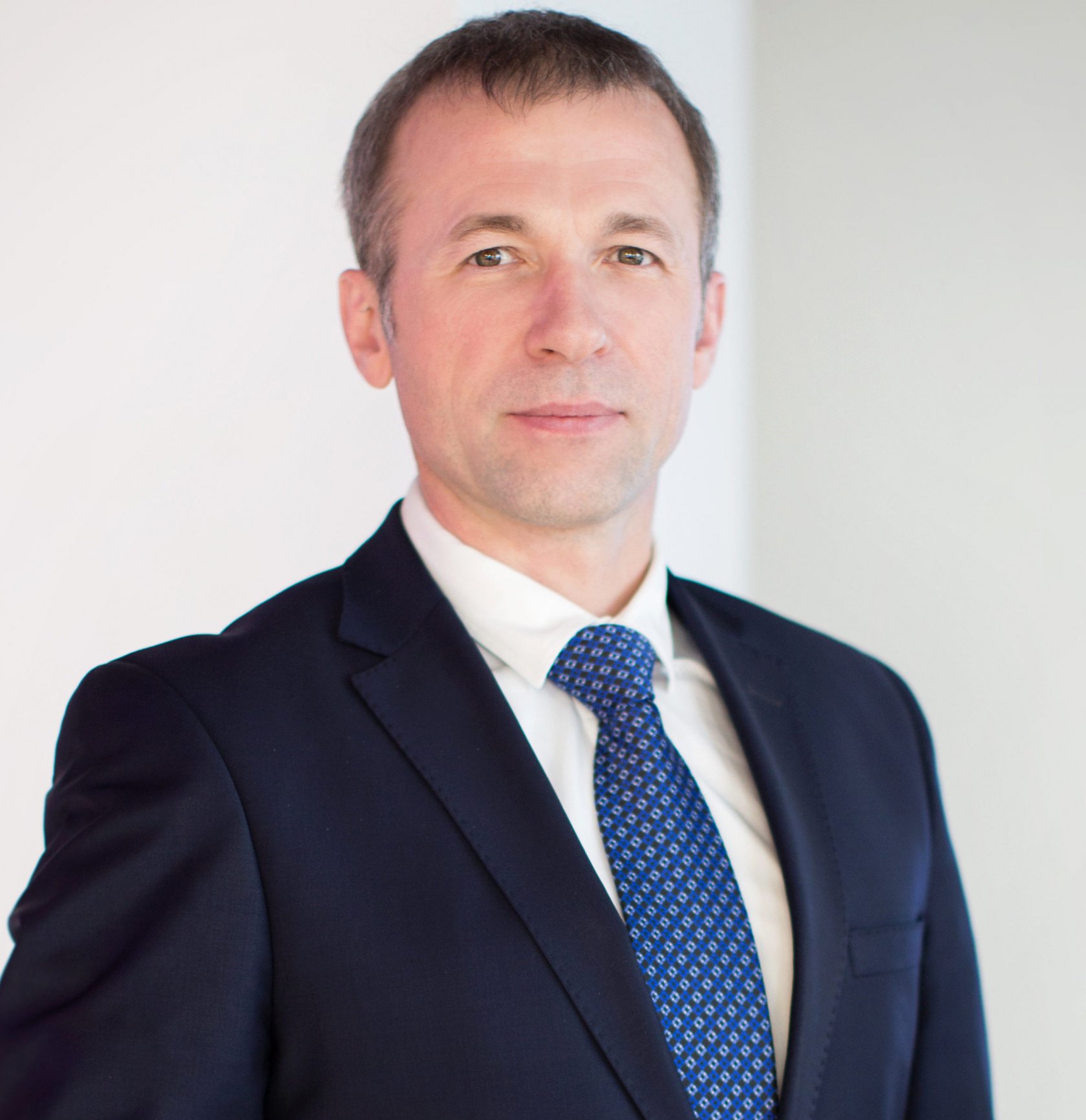 Operating lease in Russia and Europe. Whether the level of service reflect to the expectations of international companies based on European experience.
Spotlights:
Implementation characteristics of operating lease on the Russian Market.

The performance evaluation of cash-flows, taxes, flexibility and technologies is of significance for the selection of competent vendors to provide operating lease services. Operating lease roadmap. Local experience.
Spotlights:
How to survive and succeed in response to changes in bookkeeping demands and requirements?

The best tax policies for conversion of the asset to service.

Case Study
12:00 AM - 12:40 AM
Spotlights:
Select a case study session to learn, explore and hone your skills. Get inspired, hear fleet's biggest names share their thoughts on the future, explore market research and more with keynotes and discussions.
Establishing the flat structure for managing the process of transport support of the organization and subordinate employee management. 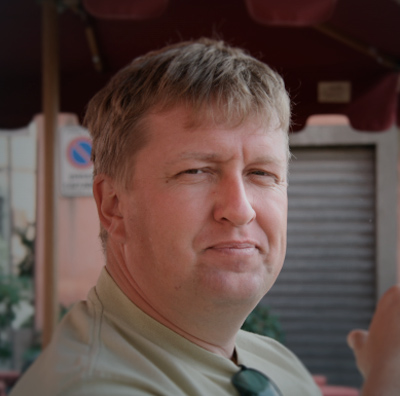 SESSION
2
CONTROL
Case Study
01:40 PM - 02:40 PM
Spotlights:
Select a case study session to learn, explore and hone your skills. Get inspired, hear fleet's biggest names share their thoughts on the future, explore market research and more with keynotes and discussions.
Modern technologies radically changed business landscape, which is led to the "always available" employee phenomenon. But for corporate fleets it is extremely important to have an effective risk management policy and introduce technologies safely. 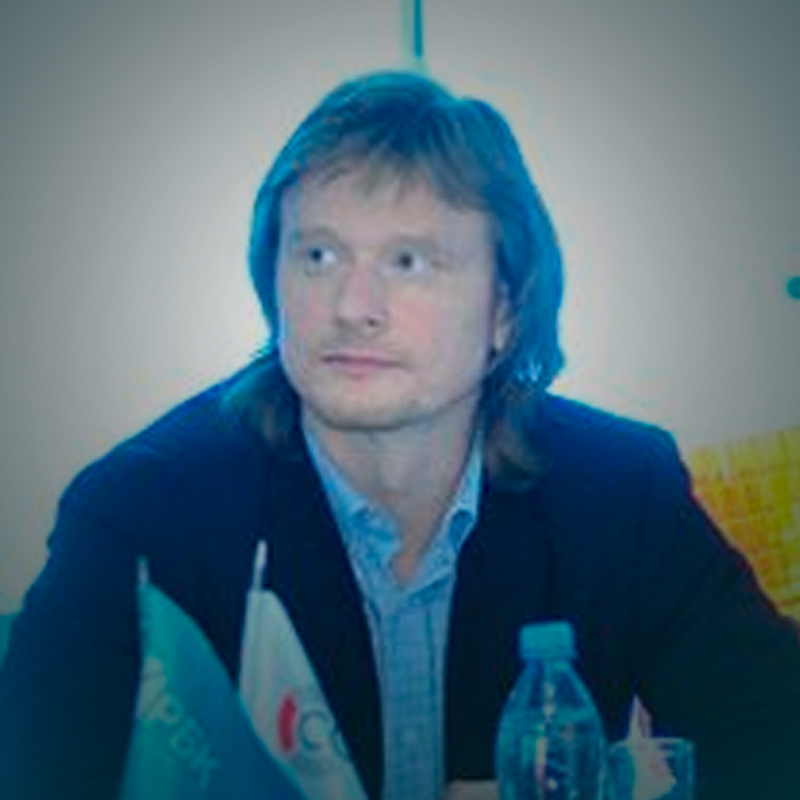 New products and services available on the market deserve to be mentioned here today.

How to adapt to a variety of manufacturers and choose the right one?

Universal use of smartphones and increased use of connected cars.

How to organize training of employees correctly?

What will be the impact of the introduction of cars that can provide a higher level of autonomous driving?

Case Study
02:40 AM - 03:20 AM
Spotlights:
Select a case study session to learn, explore and hone your skills. Get inspired, hear fleet's biggest names share their thoughts on the future, explore market research and more with keynotes and discussions.
Third-party fleet management agreements and taxation features. 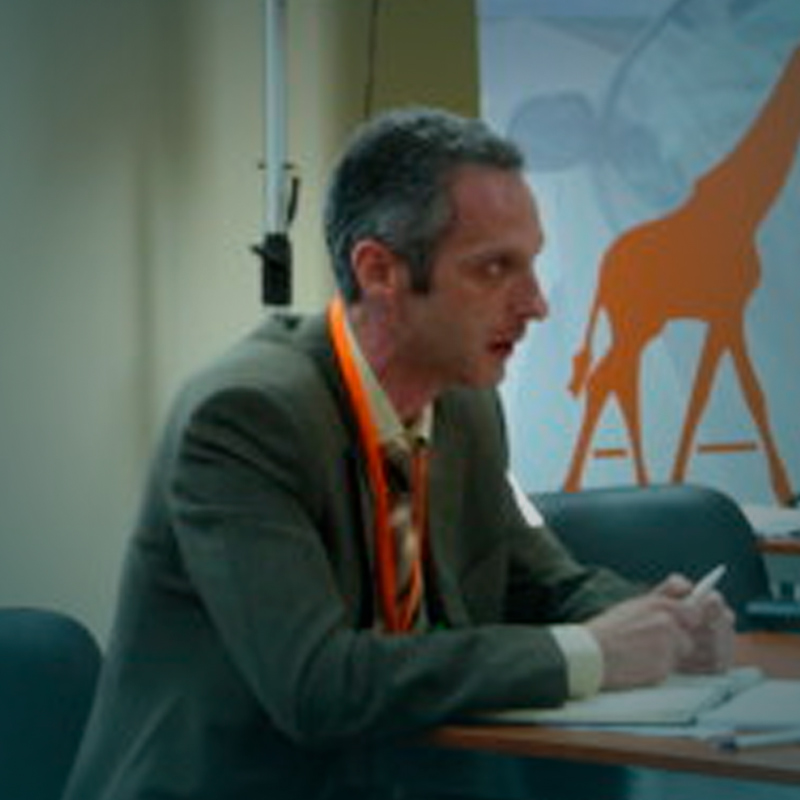 Strengths and weaknesses analysis of the third-party fleet management schemes.

SESSION
3
TECHNOLOGY
Case Study
15:50 AM - 16:30 AM
Spotlights:
Select a case study session to learn, explore and hone your skills. Get inspired, hear fleet's biggest names share their thoughts on the future, explore market research and more with keynotes and discussions.
Telematics as a key element of control and safety. 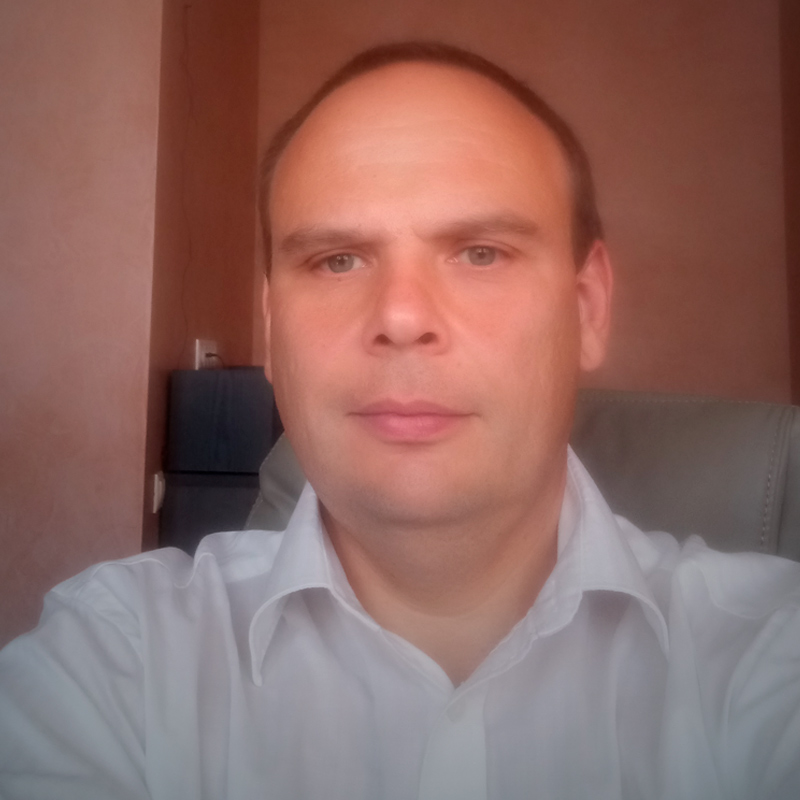 Mikhail Saakyan
Logistics and corporate fleet management experience
Graduated the Moscow State University in 1992 as a teacher of biology and chemistry.
Graduated the Higher Economics School in 2004, specializing in logistics.
Experienced at the transportation management at the field of cargo transportation (including sea-traffic cargo ships) and management of corporate fleets.
Deep practice scills in lease, in particular has been started operating lease at the ALD Automotive.
Currently work at the transportation sector as a Head of the Commercial Department of "AllianceTransAtom"

Strengths and weaknesses of the decentralized fleet.

Case Study
16:30 AM - 17:00 AM
Spotlights:
Select a case study session to learn, explore and hone your skills. Get inspired, hear fleet's biggest names share their thoughts on the future, explore market research and more with keynotes and discussions.
Alternatives to diesel fuel. Green car park: voluntary innovation or necessary to perform?

KEYNOTE: NWBA
Chris Gilbert,
Member of the Board 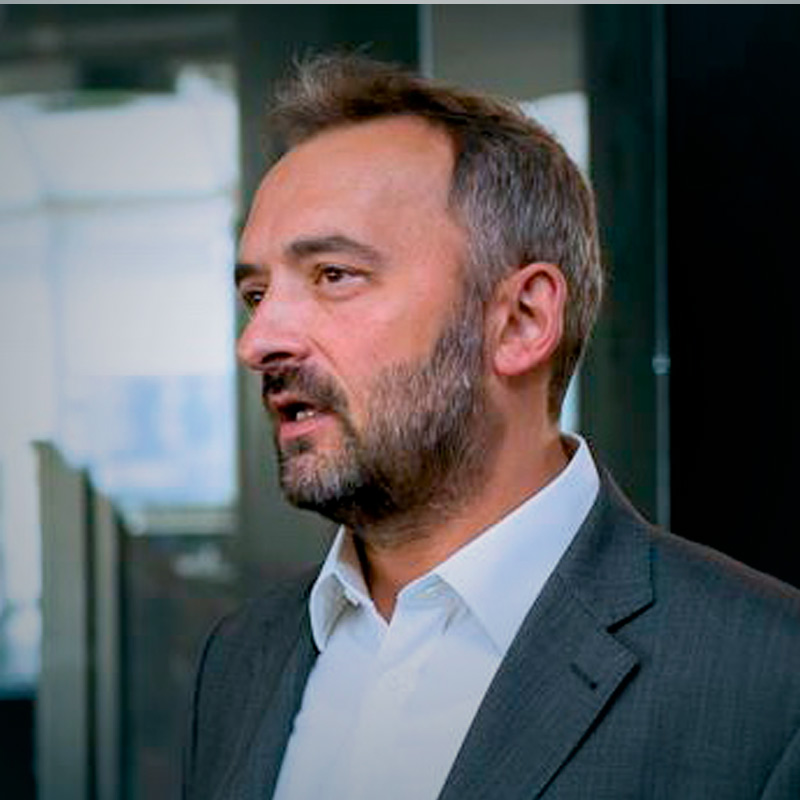 Chris Gilbert
Advisory Board, Network North-West Business Association
Having studied Russian language at school and university, including a year at Moscow State Linguistic University in the early 1990s, Chris Gilbert has been based in Russia full time since 2006, when he was appointed director of the St Petersburg branch office of the Russo-British Chamber of Commerce (RBCC). From 2009 to 2011 Chris was Russia Director of the RBCC, based in Moscow, in which role he was responsible for the Chamber's operations throughout the country.

In 2012 Chris moved back to St Petersburg to take up the position of Regional Director of Intermark Auto, a specialist operational leasing and fleet management company with a wide portfolio of clients in the financial services, pharma and oil and gas sectors. This experience gave Chris a deep insight into the challenges faced when applying international best practice to fleet management in Russia.

Having completed his contract with Intermark Auto, in 2014 Chris was instrumental in founding Network North-West, an independent business association which organizes international forums and conferences on a range of sectors including consumer retail, logistics, construction and infrastructure and life sciences. Alongside his activities with Network North-West, over the past few years Chris has undertaken a number of management assignments in the publishing, tourism and hospitality industries.

ECO fuel: Yes or No?

Electric cars and hybrids: cleaner, quieter and cheaper. Pluses and minuses in Russia.

Case Study
17:00 AM - 17:30 AM
Spotlights:
Select a case study session to learn, explore and hone your skills. Get inspired, hear fleet's biggest names share their thoughts on the future, explore market research and more with keynotes and discussions.
Effective strategies for the corporate fleet development. 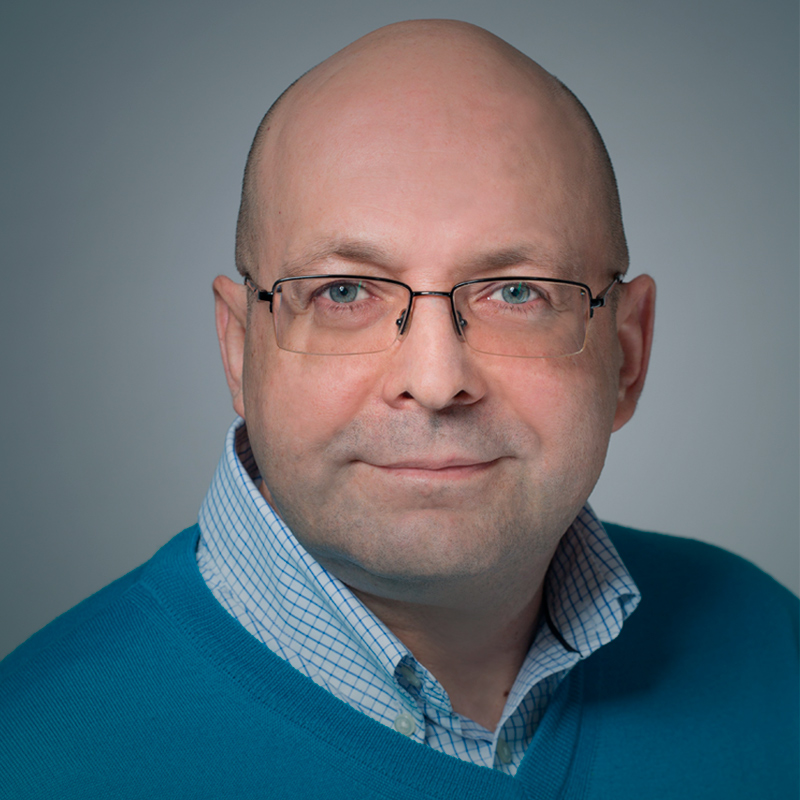 Mikhail Barinov
Experience in transport and fleet management, urban passenger transportation as CEO and founder for more than 25 years.
Has been developed leading taxi operator's brands as «New Yellow Taxi», «Important Person», «Intreys - Auto» for more than 5 years in the role of general director.

Among the foundation team as CEO has been taken into the market and support the growth of Moscow taxi brands «NexiTaxi» and «Grandee» with a fleet of more than 5000 cars (ASAP Transportation Company).

Since 2015, worked as a Regional Manager of the Moscow region of the FIFA Local Organizing Committee Transport Department «Russia-2018».

Techniques that improve the performance of corporate fleet.

Changing requirements and the impact of the corporate environment.

Case Study
17:00 AM - 17:30 AM
Spotlights:
Select a case study session to learn, explore and hone your skills. Get inspired, hear fleet's biggest names share their thoughts on the future, explore market research and more with keynotes and discussions.
Corporate trainings: professional drivers or a corporate car? Issues of evaluation and safety.
Safe driving: how to train employees?

Coctail
18:00 AM
Summing up the results of the summit. Informal communication.
SUMMIT
Attendees